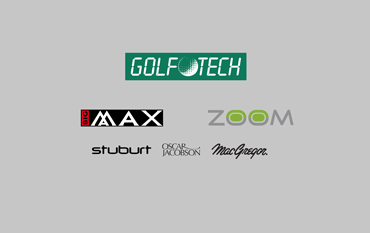 Golftech, Europe’s largest independent golf distributor, has announced that it has secured long term distribution of its dominant European brands BIG MAX and ZOOM in the U.K. & Ireland, along with a shareholding in leading British golf distributor Worldwide Golf Brands (WWGB).

The move comes as Worldwide Golf Brands is expanding its operations with over £1 million of investment, including a state of the art I.T system and a move to a purpose built 120,000 ft warehouse just outside of Manchester. With these developments under way, the timing of the deal couldn’t have been better for both Golftech and WWGB.

“With new challenges for European brands in the U.K. market following their departure from the E.U. we needed to improve our physical presence in the U.K.,” explains Thomas Reiter, owner of Golftech. “I have known Graeme from WWGB for some time and always admired their business and portfolio of brands, so when the opportunity to work together came up it was a simple decision. The new facilities at WWGB will bring their services in line with the very best in the business and will be the perfect home for BIG MAX and ZOOM in the U.K. & Ireland.”

As part of the deal Golftech has bought a third share in WWGB, a move that will allow both businesses to work together to achieve success for their key brands across new and existing territories. This move is one that Reiter believes will provide instant returns for BIG MAX and ZOOM customers in the U.K & Ireland and will quickly reap rewards for both businesses across the globe.

“I wanted to make a real commitment to the U.K. market so investing in a successful operation like WWGB made perfect sense,” continues Reiter, “And with our investment in their business and established brands like Oscar Jacobson, MacGregor and Stuburt, we can help elevate them in the worldwide markets where we are already well established.”

“We’ve known Thomas for several years and have a huge respect for his business,” concluded Graeme Stevens, CEO of WWGB. “To have the opportunity to work together with Thomas, BIG MAX and ZOOM is a very exciting prospect, and to have Golftech’s expertise aligned with our business goals provides the perfect platform for taking our brands to the next level on the global stage.”

The deal between WWGB and Golftech was officially signed on 30th March, but there will be a transition period between the businesses before WWGB moves into its new premises in early June. 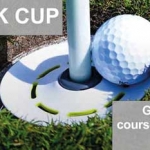